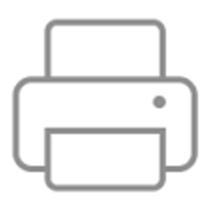 Nobel prize 2010 awarded to the pioneer of IVF

The Nobel prize for medicine 2010 was (finally) awarded to Professor Robert G. Edwards for his ground-breaking research in in vitro fertilisation (IVF). Along with gynecologist Patrick Steptoe, who passed away already in 1988, the then professor at the university of Cambridge achieved the first successful fertilisation of a human egg outside of the human body thanks to systematic and long-standing research work. As a consequence, Louise Joy Brown was born on July 25th, 1978. Ever since, over five million healthy IVF babies have been born world wide, and Louise Brown herself gave birth to a healthy child 2006.

Picture on the right: Robert Edwards (front) with the gynecologist Patrick Steptoe, deceased 1988. 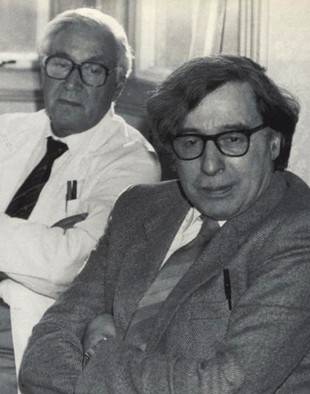 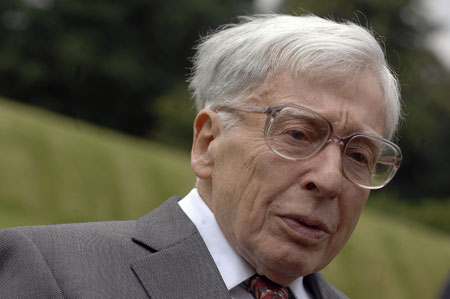 The eminent decoration was overdue and delights the community of IVF specialists. Even in research-friendly Britain, Edwards had to overcome great resistance and to raise the funds for his research work partly by himself. Today, IVF is everyday's routine and is not being seriously challenged any more. Thanks to the accomplishments of Edwards and Steptoe, countless couples could realise their desperate desire for a child of their own. The Nobel prize is therefore also a late justification against those who still see our activity in a kind of dingy field of medicine.

The opposition of the Catholic Church against in vitro fertilisation is unbroken, even after more than thirty years. It is being speculated that this is the reason why the Nobel prize was awarded so late. Unfortunately, Professor Edwards - who has been attending all major IVF conferences until recently - was too ill to receive the decoration in person, and passed away later in 2013.

The opposition of the Catholic Church against IVF

Especially younger generations do hardly understand why a successful everyday treatment method with positive demographic effect is still being rejected by one of the official churches of Switzerland. The voting population of Switzerland has approved of IVF several times, lastly in 2000 with an overwhelming majority of over 70% of votes. Despite all, the Nobel award for Edwards was barely made public when the well-known critics in Vatican city raised their objections. The Catholic Church insists on the following dogmata:

According to these dogmatic concepts, birth control is banned as is extracorporal fertilisation. With extraordinary sophistry, it is being argued that IVF does not heal infertility as such, but is merely treating a symptom - the same holds true, however, for life-saving interventions like cardiac stents or the insuline injections in diabetics. Finally, Vatican City sees IVF as the first step of abusing women as a kind of child-bearing machines.

As for the latter point, we must stress that IVF is very tightly regulated under Swiss law and only serves the purpose of conceiving a child for a couple of man and woman. In countries with more liberal legislation (egg donation in Spain, fertility treatments for same-sex couples in Scandinavia, surrogacy in USA and India), the legislators currently do not observe negative effects on society. Human beings (even Catholics) will not like somebody to interfere with their reproductive choices, which is why fertility tourism (so-called cross-border reproductive care) is flourishing.